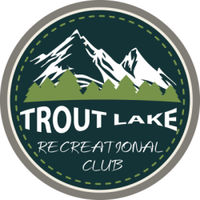 The community of Trout Lake has created a Change.org petition to try to stop the removal of the Rady Creek FSR.  We need the snowmobilers of the Trout Lake region to go sign this petition.

The BCSF also sent the following via email on May 26, 2021.  We received a response that government staff would follow up with us and they have not.  Therefore, on June 7, 2021 we have sent a follow up email escalating this to Katrine Conroy as the Minister responsible.

We are writing to you today regarding snowmobile access near Trout Lake and the BC Snowmobile Federation’s concern that the Provincial Government’s employees do not appear to be negotiating in good faith with the public in this instance.

The BC Snowmobile Federation and our member clubs, Trout Lake Recreational Club and the Arrow Lakes Ridge Riders (Naksup), have signed a Stewardship Management Agreement (SMA) with the Province for caribou recovery in the Selkirk region.  This agreement was signed on March 24, 2021 by the Province of BC and each of our clubs.  This was a culmination of over two year's work with several stakeholder and public community consultation meetings.   This is an important project for caribou recovery as well as the snowmobile community, as it uses real time location of caribou to manage snowmobile access to minimize potential disturbance.  The BCSF and our clubs have been strong supporters and partners on this project and here is a copy of our press release as well as that of the Province when this project launched.  We strongly believe in this project and continue to host the website www.snowmobileselkirks.ca, attend planning meetings, work to improve communications and invest in our technology to support this project long term.

Part of the SMA negotiated with Trout Lake Recreational Club includes an area that is important to the community of Trout Lake.  Our riders refer to it as Foggy Day but in the SMA it is referred to as the zones within the Silver Cup Ridge.  This area was specifically negotiated to remain open in the SMA under “Model Exemption Rules” because of its value to the community of Trout Lake.  This was done in exchange for the neighboring Area “American Creek” being always closed.        The Government staff that worked with us in the development of this unique SMA assured the community of Trout Lake, at an open public meeting, that Silver Cup Ridge would remain open and he backed that assertion up by creating a specific exemption rule for this area in the SMA he drafted.

Yet here we are.  The SMA was signed on March 24 of this year and a month later we found out the Province is planning to deactivate Rady Creek Forest Service Road (FSR).  Our member club was not formally notified or consulted on this but learned about it from another concerned user.  The Rady Creek FSR represents our sole access into the zones referred to as Silver Cup Ridge.  We immediately reached out to our Government contact with whom we negotiated the SMA to ensure he was aware and to find ways for snowmobile access to continue.  We were surprised that the response we got back from him was that he not only knew about it, but also supported the removal of this road to support caribou recovery.  His response back was that the area remains open but that we did not negotiate access to the area as part of our SMA planning meetings.

To the BC Snowmobile Federation this is shocking as I know it will be to the community of Trout Lake once this is made public.   It is our hope, as MLA for the community of Trout Lake, that you will assist us in finding solutions whereby snowmobile access remains for Silver Cup Ridge as promised and that we can find a way to work together to address engineering concerns.  We believe the road can be deactivated to an extent that meets their concerns without completely removing snowmobile access.

I am available to meet via zoom or telephone if you would like to discuss this further.