Snowmobiling in BC continues to be under attack 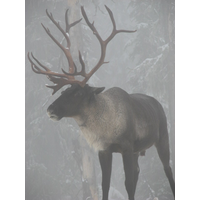 Yesterday the Valhalla Wilderness Society did a press release attacking snowmobiling!  It blames the government for their inability to manage us as a user group for the failed Mountain Caribou Recovery Plan (MCRIP). In typical fashion this private interest group that is dedicated to turning BC into a park just pulled parts of reports that support their position and skipped the true story.  From this attack we can only assume that their primary objective is to erase snowmobiling from the Backcountry of BC.  You can read the full Press Release here:

The BC Snowmobile Federation has responded to this release here:

From these two documents CBC has created a one sided story that perpetuates the myth that there is any correlation between snowmobilers and caribou decline.  They want headlines

If you want to read more about Governments efforts on the MCRIP please read:

This attack is just the latest in many.  There are groups out there that do not want to share the backcountry.  They believe that their form of recreation is better than others and therefore want the sandbox to themselves.  They use issues like Caribou to help meet their objective.

If you want to fight for your right to use the backcountry please join your local BC Snowmobile Club and add your voice against these groups!