Seven Stupid Excuses for not being Avy Savvy 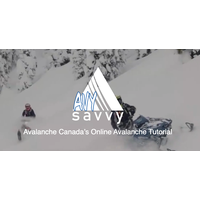 Our hope is that those who are Avy Savvy will reach out to others to help mentor a safer sled culture.  Point them in the right direction by directing them to Avalanche Canada’s resources and Avalanche Educators in their area.  At the bare minimum check out Avalanche Canada's new Avy Savvy online Avalanche Tutorial.

Thank you to all of those who do have their avalanche gear and training!  You truly do make a difference and we want everyone to come home safe each and every ride!