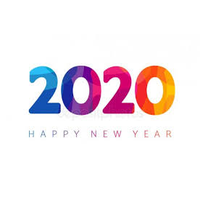 While most Southern parts of the province are just beginning to get enough snow to enjoy some conservative off trail riding, there are a few zones in British Columbia are experiencing outstanding riding conditions.

Grab your snorkel folks!!  It’s that deep in Sicamous right now. What some explain as a 100 year cycle snow storm, Sicamous BC was absolutely hammered with over 70 cm of coastal snow in the valley in one night over the Christmas holidays.  How much snow is too much snow?  If you have to ask yourself that question, chances are you were riding in Sicamous over the holidays.  There has been a significant amount of volunteer work on the trail systems around the Sicamous area, for the storm that dumped a tremendous amount of snow also downed several trees along the trails.  Be sure to support the Eagle Valley Snowmobile Club when you are in the area.  www.sledsicamous.com for more information.

The Sea to Sky and inland coastal areas are continuing to experience heavy dense snowfall, with some tricky layers to consider.  Conservative terrain choices, and continual snowpack observation throughout the day are recommended, for some areas have seen drastic warming and cooling temperatures throughout the holidays with each storm creating instability. In some areas, especially in the northern most parts the South Coast Inland forecast zone, a touchy weak layer is buried near the bottom of the snowpack and has been responsible for many large, destructive avalanches.  Be very aware of the snowpack conditions, and your surroundings when out on your adventure.

Valemount continues to shape up, with the recent storms that graced the area with fresh dry snow.  There is a significant amount of this storm snow (50cm to 70cm) over the surface hoar layer buried on Dec 27th according Avalanche Canada.  There are a pair of potential weak layers in the middle of the snowpack, a surface hoar layer and a layer of facets above a relatively thin crust. Both these layers appear to be gaining strength. The lower snowpack contains several crust layers, which could be a concern in shallow areas along the eastern slopes of the region. Again, there is some great riding to be had, but terrain choices and effective group management are a necessity.  Conservative terrain choices are recommended.  For up to date information on riding conditions and grooming for the Valemount area please visit Ride Valemount Riding and Grooming Updates

We continue to keep our fingers crossed for our friends in the Kootenays.  The southern most areas along the Kootenay pass, and around the Cranbrook area are finally starting to see some significant snowfall.  Riders in the Creston Area have reported upwards of 170cm in some areas around the Terry Watt club cabin, but the depth is not consistent throughout the region.  Very selective and careful off trail riding is out there to be enjoyed but be aware of the reactive layers buried within the snowpack.

According to Avalanche Canada several persistent weak layers are buried in the middle and lower half of the snowpack in the Kootenay Boundary region. Although these layers become harder to trigger as they get deeper, the destructive potential of a triggered avalanche increases.

There are special management agreements in place for Legislated closure areas in the south Selkirk and Purcell ranges.  Please abide by these closures, and know where you are at all times.  More information can be obtained directly from the clubs in the area.

The Kokanee Country Snowmobile Club and Ymir Outback Society both have permit access to previously closed areas.  You can find all of our clubs in the BCSF club directory www.bcsf.org/clubs

Fernie and other areas within the Flathead/Lizard ranges are experiencing the same frustration as other areas of the Kootenays with low snowfall weak layers, mild temperatures. Two noteworthy crusts exist below 1700 m : A thin lens crust from freezing rain 50cm below, then a thick hard melt-freeze crust formed by warm temperatures around Christmas. Be sure to continually observe snow conditions throughout your ride and adjust your plans based upon the information you observe.

Get the Picture Please!

Some are unaware of one of the most incredible resources winter enthusiasts have literally at their fingertips 24 hours a day.  The Mountain Information Network (MIN) is a user driven reporting system that lends deeper insight to the areas you love to enjoy.  Please review Avalanche Canada  MIN reports in depth before riding in areas, and “Get the Picture” when you are out there so you too can submit a MIN report.  Knowledge is power, and the more we know the safer we shall go!